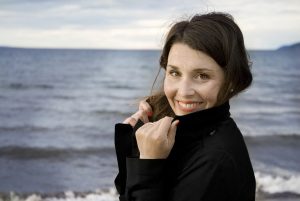 Teresia has established herself as one of the leading Scandinavian coloratura sopranos. She has won great acclaim singing Gilda, The Queen of the Night, Fiorilla, Frasquita, Servilia, Olympia and Christine in Phantom of the Opera in operahouses in Sweden, Denmark and Austria.

In concerts Teresia has appeared with major symphony orchestras in Scandinavia and Austria collaborating with conductors such as Pier Giorgio Morandi, Thomas Söndergaard and Michael Schönwant and she has made a recording of “Psalmo XIX” by Niccoló Castiglioni at Chandos Records with Gianandrea Noseda and The Danish National Symphony Orchestra. In 2019 she will perform at Stockholm Concert Hall with Stockholm Royal Philharmonic and soprano Miah Persson.

Teresia has sung major parts at The Royal Danish Opera, Malmö Opera, Norrlandsoperan, Folkoperan and Läckö Castel, and she has been a member of the soloist ensemble at Landestheater Linz in Austria. In season 18/19 Teresia debuted as Michaëla/CARMEN at several opera houses in Sweden.

Season 19/20 Teresia will debut at den Fynske Opera and an engagement with Malmö Opera.