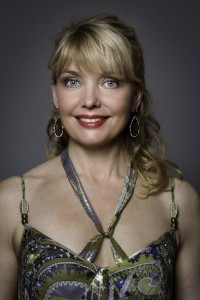 Elsebeth Dreisig is one of Denmark’s leading lyrical sopranos, having sung all of the greatest roles of her repertoire. She continues to hone her skills and expressions and has recently received great recognition for her interpretation of ‘Butterfly’ on Malmø Opera.

Elsebeth has been frequently engaged at The Royal Danish Opera in Copenhagen and appeared as Enke Dronning Juliane Marie/LIVLÆGENS BESØG. The world premiere was awarded a Reumert as Opera of the Year.

During her career Elsebeth has participated in several premieres such as DON JUAN VENDER HJEM FRA KRIGEN, Wayne Siegels/LIVSTEGN and  in 2012 Lars Klit/ANGELO.

Additionally Elsebeth is a sought-after concert singer at all the major Danish orchestras, and has sung the entire classical repertoire.

In the season 20/21 Elsebeth can be found singing her signature part of Chio-Chio-San in MADAME BUTTERFLY at Operaen i Svendborg.