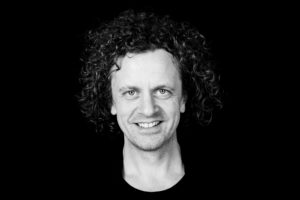 Marius Roth Christensen is a versatile singer with a voice and talent that is equally home in a classical and a contemporary environment. With roots in the rockband Seigmen Marius debuted in the classical scene as Tamino in DIE ZAUBERFLOTE at the Norwegian Opera.

Since 2013 Marius has had a regular spot a part of the soloist ensemble at the Norwegian Opera, where he has sung the parts of Beppe in PAGLIACCI, White Minister in LE GRAND MACABRE, Don Ottavio in DON GIOVANNI,  Zinovij Borisovich Izmajlov in LADY MACBETH FROM MINSK, Pang in TURANDOT, Arturo in LUCIA DI LAMMERMOOR, Tinca in IL TABARRO, Squeak in BILLY BUDD, Basilio in LE NOZZE DI FIGARO and Oronto in ALCINA. His performance as Oronto was highly regarded by New York Times and Financial Times and Marius debuted the same part at the Danish National Opera in 2015.

Marius´ repertoire includes parts such as Rodolfo in LA BOHEME, Tamino in DIE ZAUBERFLOTE, Rinuccio in GIANNI SCHICCHI, Bastien in BASTIEN AND BASTIENNE, Turiddu in CAVELLERIA RUSTICANA and Beppe in PAGLIACCI, as well as parts in musicals such as WEST SIDE STORY, JESUS CHRIST SUPERSTAR and CAROUSEL.