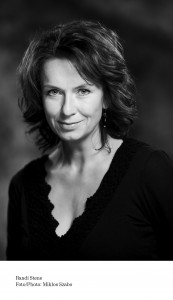 Randi Stene has established herself as one of the most important  Scandinavian singers of her generation. She had her international opera debut in 1993 at the Theatre de Chatelet in Paris, singing Octavian/ DER ROSENKAVALIER to great acclaim in the international press.

Since then she has been a regular guest at The Metropolitan Opera House in New York, Covent Garden, Opera Bastille, Frankfurt, Theatre de la Monnaie (Bruxelles), Kungliga Operan in Stockholm, as well as The Opera in Oslo. She is also a member of the ensemble at the Royal Opera in Copenhagen.

She is a dedicated Lied-singer and has been doing numerous recitals with Leif Ove Andsnes, Håvard Gimse, Burkard Kehring and Helmuth Deutsch and she has established her own Chamber Music Festival in Trondheim “Summersong at Ringve”.

She has a long list of  CD -recordings with  music by Zemlinsky, Schulhoff, Grieg, Sibelius., Delius, Strauss, Vivaldi and Dowland

Randi also appears in the highly acclaimed DVD-production of JULIUS CESARE/ Cornelia and  Grammy – Winner of 2009, THE RING/ Fricka.

In 2009,  she was announced Professor at the Norwegian State Academy of Music, and since 2013 she has been the Casting Director at the opera in Trondheim.