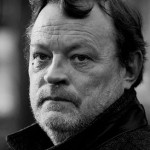 “It reminds me of something I’ve never heard.” Such was the spontaneous reaction of the Norwegian composer Arne Nordheim upon hearing a work by Bent Sørensen. And it is not easy to imagine a more strangely to-the-point description of the ambiguous, almost paradoxical expressive idiom of this unique composer, who is without doubt the leading Danish composer of his generation.

Sørensen’s music is not recycled; in no way does it rely on the yellowing pages of history for its musical nourishment. His musical language is undeniably of the present day, both aesthetically and technically. The music does, however, appear to be pervaded with memories, wisdom of experience and old dreams, of the inevitability of transitoriness and parting. It is a flickering, glittering world where things seem to disappear at the slightest touch.

Bent Sørensen was born in 1958, and received his musical education from, amongst others, Per Nørgård and Ib Nørholm. His originality, imagination and technical abilities were praised long before his major breakthrough in the mid-80s. And the first string quartet Alman (1984) along with the other three quartets,Adieu (1986), Angels’ Music (1988), and Schrie und Melancholie (1994), are still considered among Sørensen’s most important works.

The vastly productive 1990s were dominated by large-scale orchestral works. The major vocal works The Echoing Garden (1992) for soloists, choir and orchestra unfolds as wandering weightless melodies in an echo chamber of many different simultaneous tempi. The violin concerto Sterbende Gärten (1993) – a concerto in the grand tradition, dramatic, graceful, and wild; the Symphony (1996); and the piano concertoLa Notte (1998) are surrounded by several major ensemble pieces scored for a variety of forces; for instance, the enchanting concerto Birds and Bells for trombone and 14 instruments (1995) written for Christian Lindberg.

Danish playwright Peter Asmussen was so taken by the coexistence of the past and the present in Sørensen’s violin concerto that the two artists decided to work together on an opera commission from the Royal Danish Theatre. After five years intense work and collaboration the composer completed Under the Sky in April 2003. Bent Sørensen and Peter Asmussen have since continued to collaborate on the workSounds Like You (2008) for actors and symphony orchestra, which premiered at the opening of the Bergen International Festival in 2009.

In the new millennium, Bent Sørensen’s music has gained tremendous international recognition, partly due to the perennial cooperation with the Bergen International Festival resulting in the orchestral work Exit Music (2007) and the symphonic play Sounds Like You (2008). However, in addition, the second piano concerto La Mattina (2009) written for pianist Leif Ove Andsnes, not to mention Tunnels de Lumiére (2010) written for French Ensemble Intercontemporain, have helped spark an international appetite for Sørensen’s works.

Bent Sørensen received the Nordic Council Music Prize in 1996 for the violin concerto Sterbende Gärten and in 1999 he received the Wilhelm Hansen Composer Prize.

Bent Sørensen is composer-in-residence at the Danish ensemble Scenatet and held that same title at the Huddersfield Contemporary Music Festival in the UK in 2011.